I couldn't believe what I am seeing - an edible quad - what an idea!!

Beautiful , stable and Delicious !!
Posted by Santhosh at 7:28 PM No comments:


Just how I want kids to learn the electronics - easy way!
Posted by Santhosh at 10:33 PM No comments:

I was amazed by the Parrot AR drone 2 and its predecessor - they introduced multicopters accessible to non-RC enthusiasts.They can be controlled easily using a iPad / iPhone /Android smartphone.

Now they have introduced a new version V3.0 which has the gimbal (sort of) stablised camera and FPV with oculus rift and a long range control over 2km.

Flite test crew got a first hand view of the V3.0 and a good review as soon as it was launched by Parrot corp.

On the Arduino Day - Sparkfun was giving the arduino boards at throwaway prices.I saw some of them and wanted to give a try.I chose the Arduino Pro mini with Atmega 328 - 5V -16MHz and placed an order.
My bad luck it was out of stock.But they were allowing orders to be placed and they will honor all the orders.The arduino pro were @ $3 each and $2.75 as handling charger.

My order was shipped on 2 May and got it today 15 May - not bad for a post.When I opened the parcel , i was shocked by the size of the arduino mini so small, so powerful, so cute! 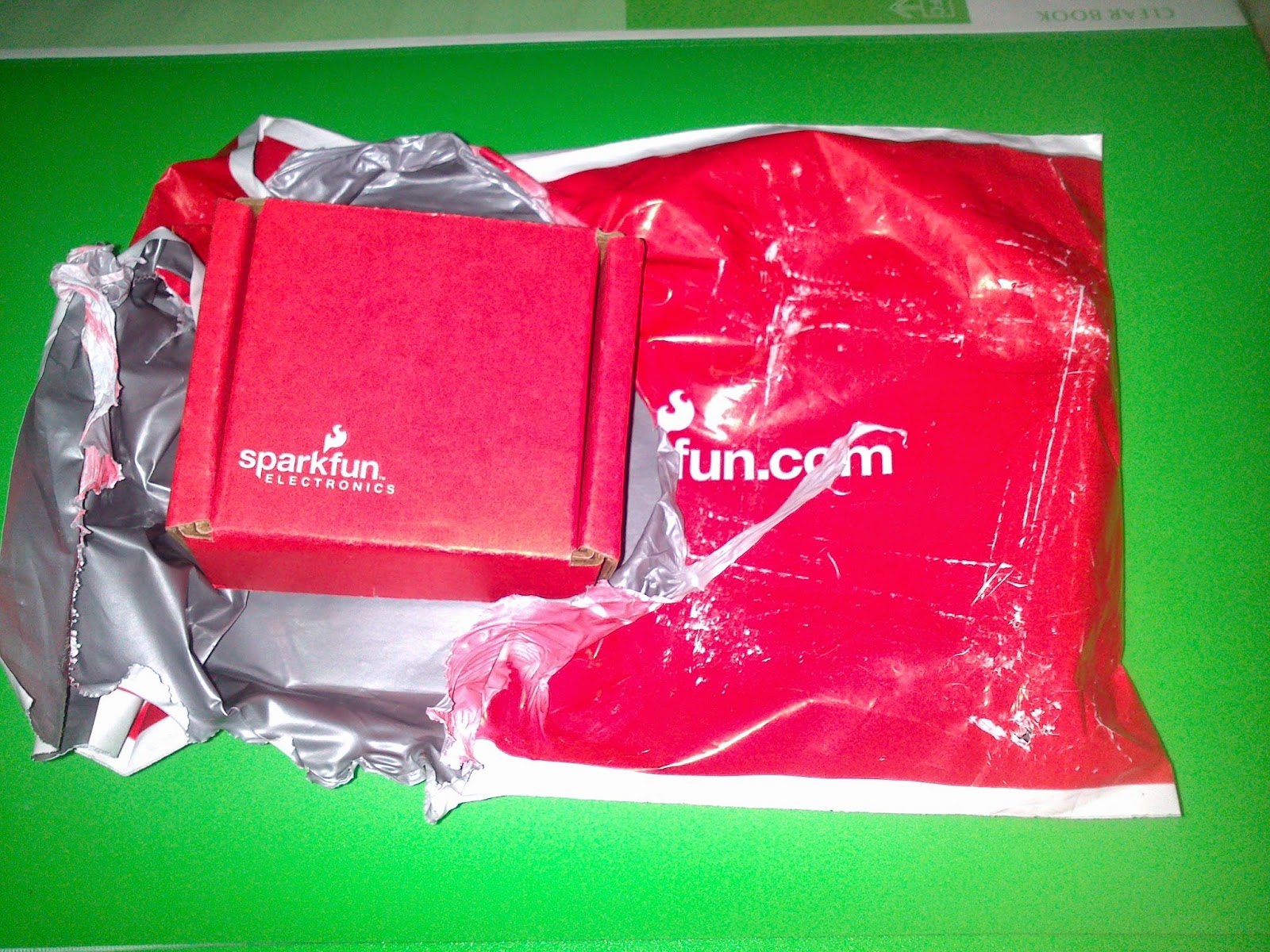 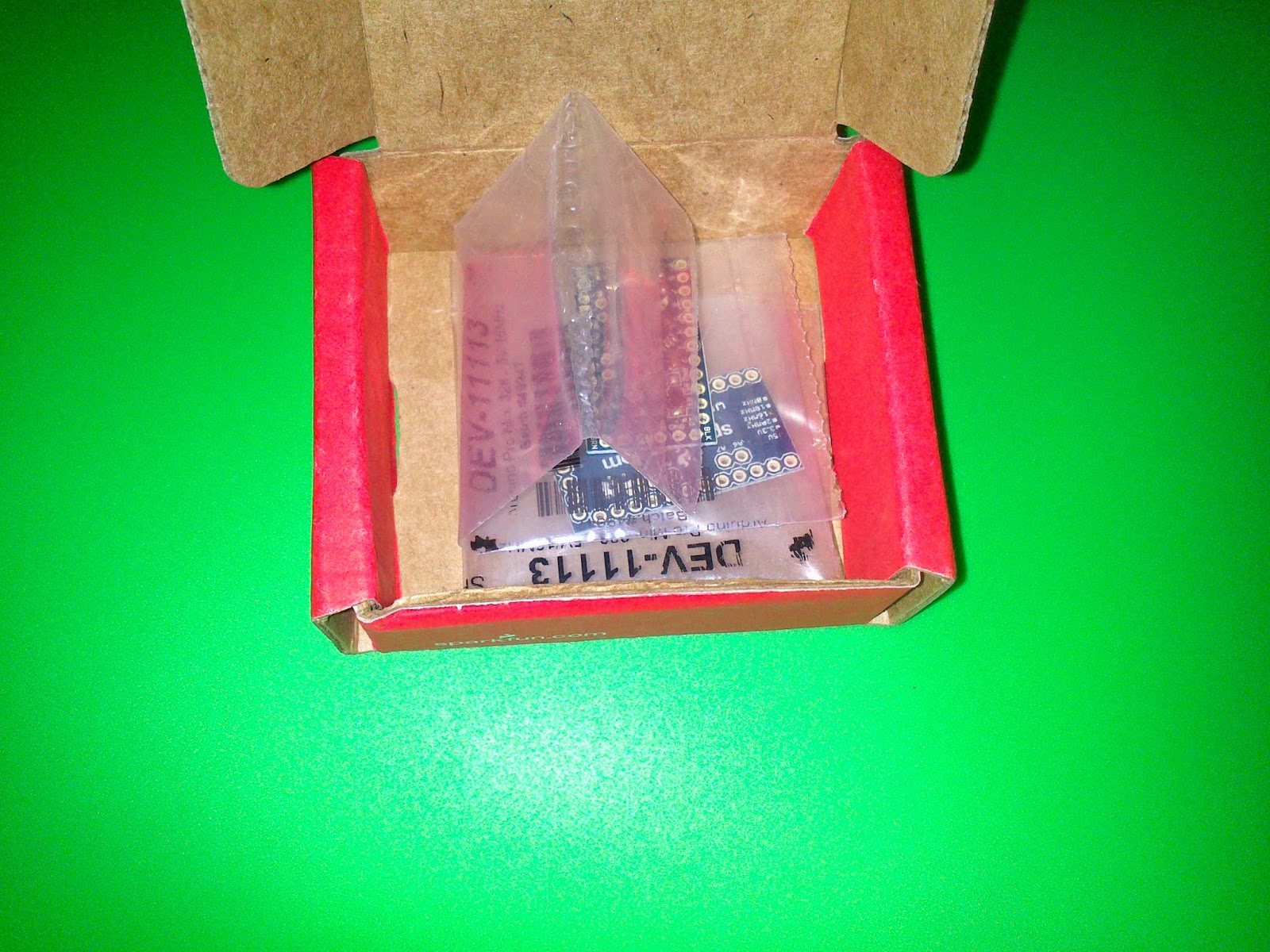 Inside the box - two small PCBs 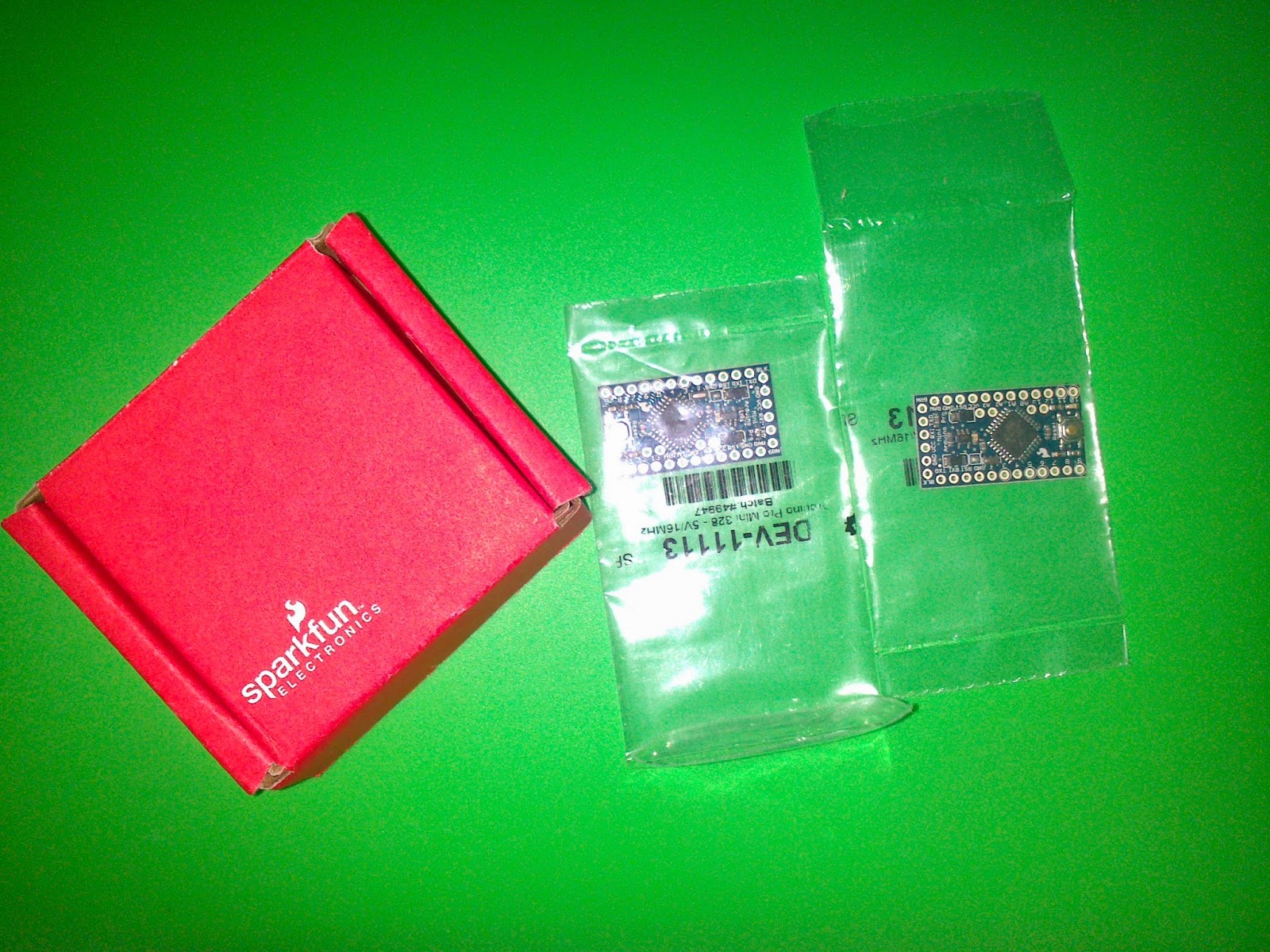 Whats my plan with these ? maybe a multiwii , i already have a MPU6050 (accelerometer + Gyroscope ) board , connect it with arduino and upload the multiwii sketch - thats it board ready!

Posted by Santhosh at 7:19 AM No comments:

The math behind Logo

Ever wondered about the weird shapes of Logos of popular companies like apple , Toyota ,pepsi ...
These logos have a little math behind them ,these logos are not just created by hand but also can be made using mathematical equations.
You would have seen the film' A beautiful Mind ' in which the John Nash see all the pictures and illusions as a complex mathematical pattern. 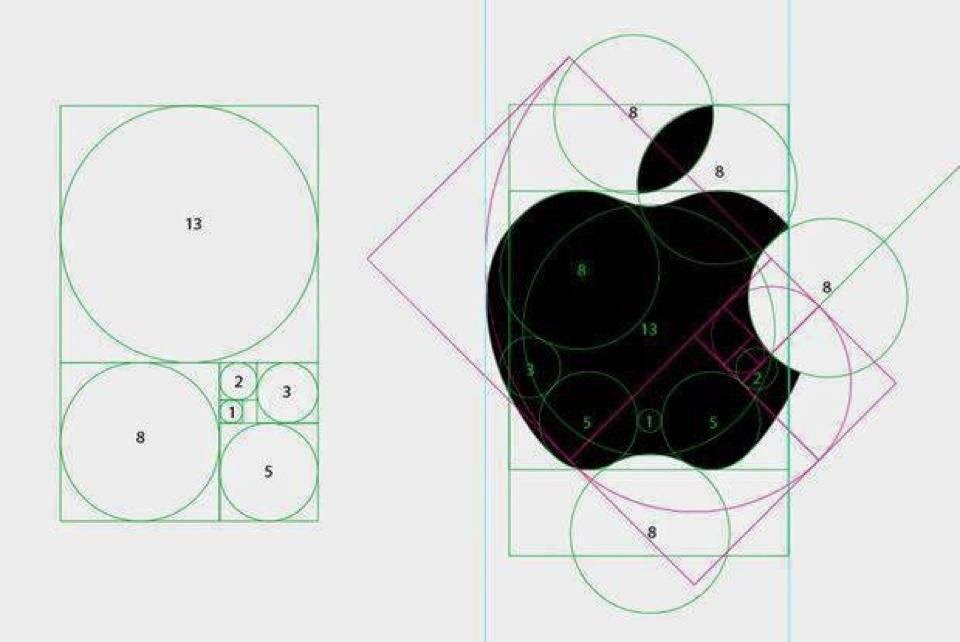 The famous Apple logo - featuring an apple missing a bite 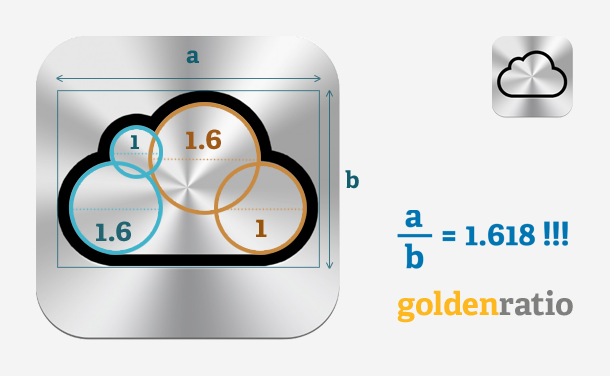 iCloud - also a logo of circles in the golden ratio 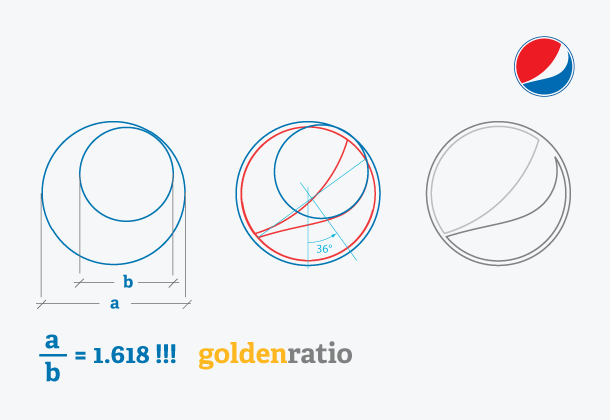 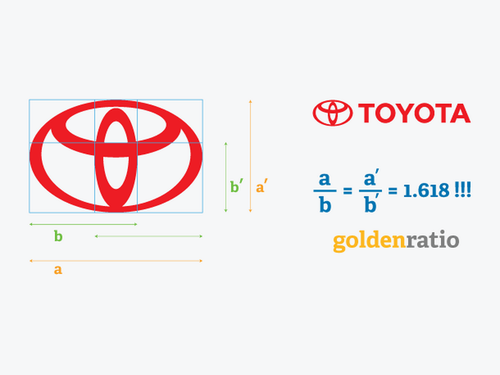 When you look at a Logo don't just see them as an artistic piece but a masterpiece of maths with them.

Posted by Santhosh at 9:24 PM No comments:

I had  spare FS-CT6B radio with myself if anything happens to my Spektrum Dx6i.
But when I was trying to make a RC controlled robot using Arduino ,I accidently connected the powersupply to the Rx in the reverse polarity and damaged the Rx.

I was sure that the regulator(LDO) might be the only thing damaged inside the Rx.So I decided to take apart the Rx and diagnose what is the problem. 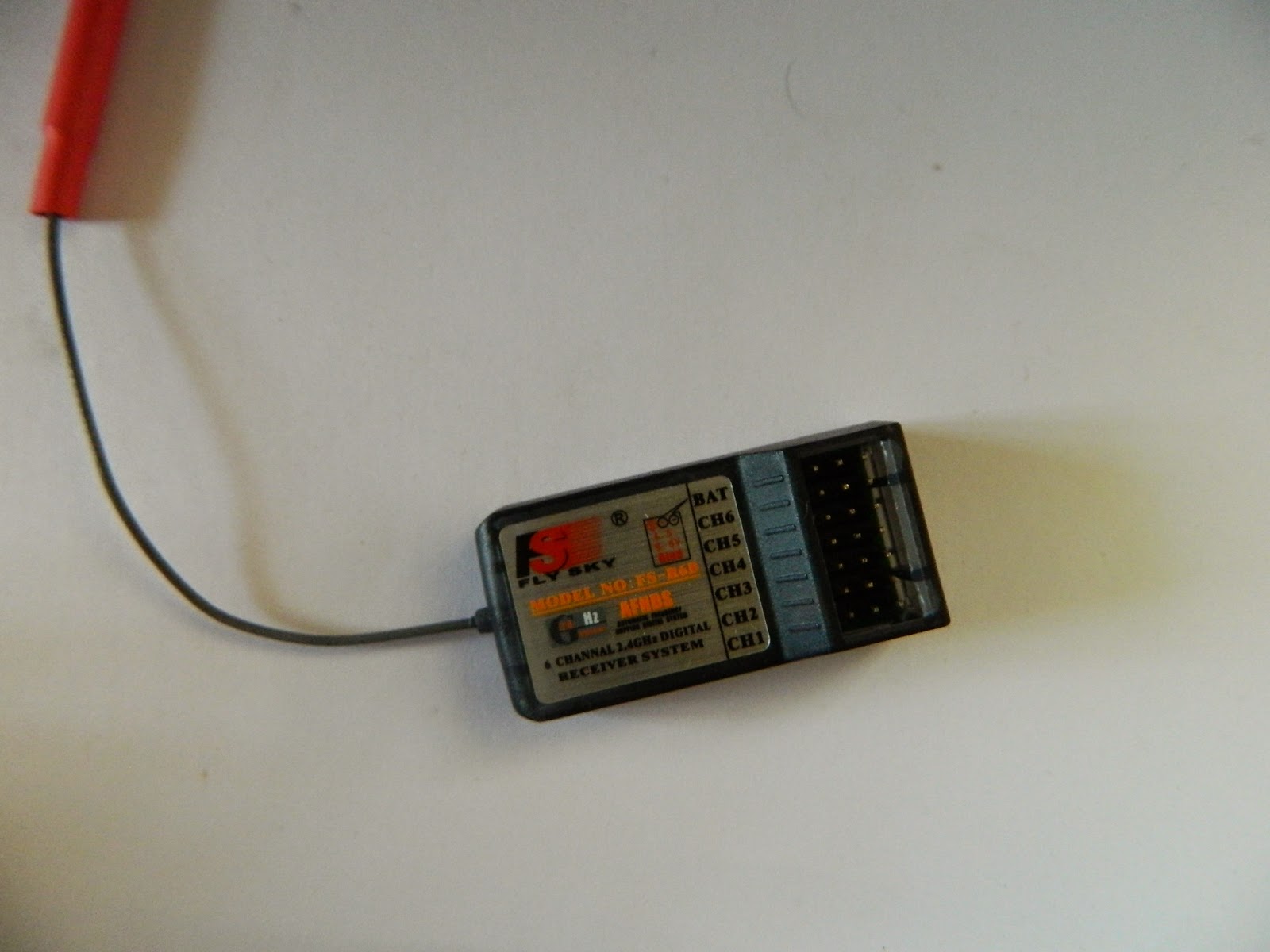 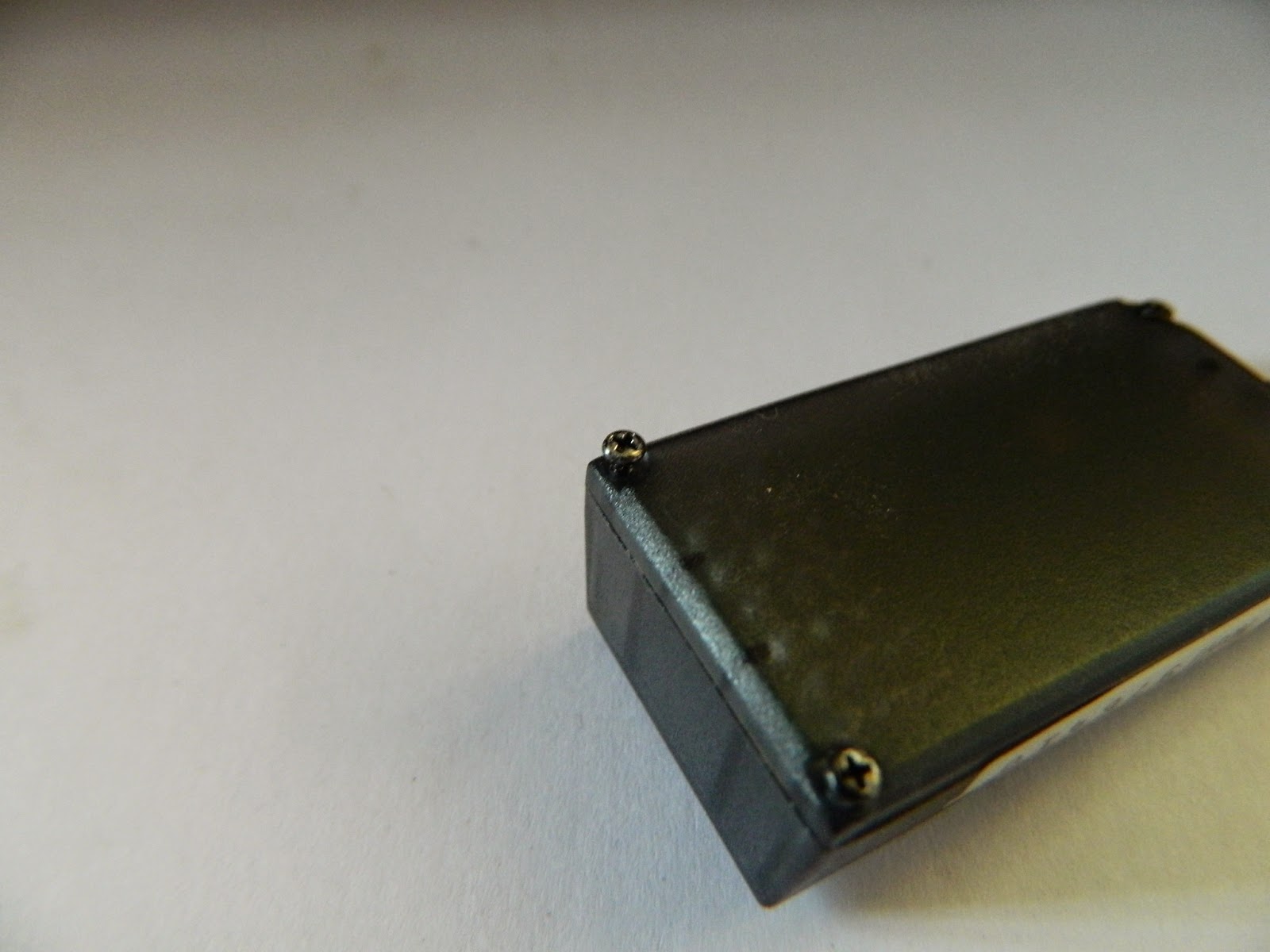 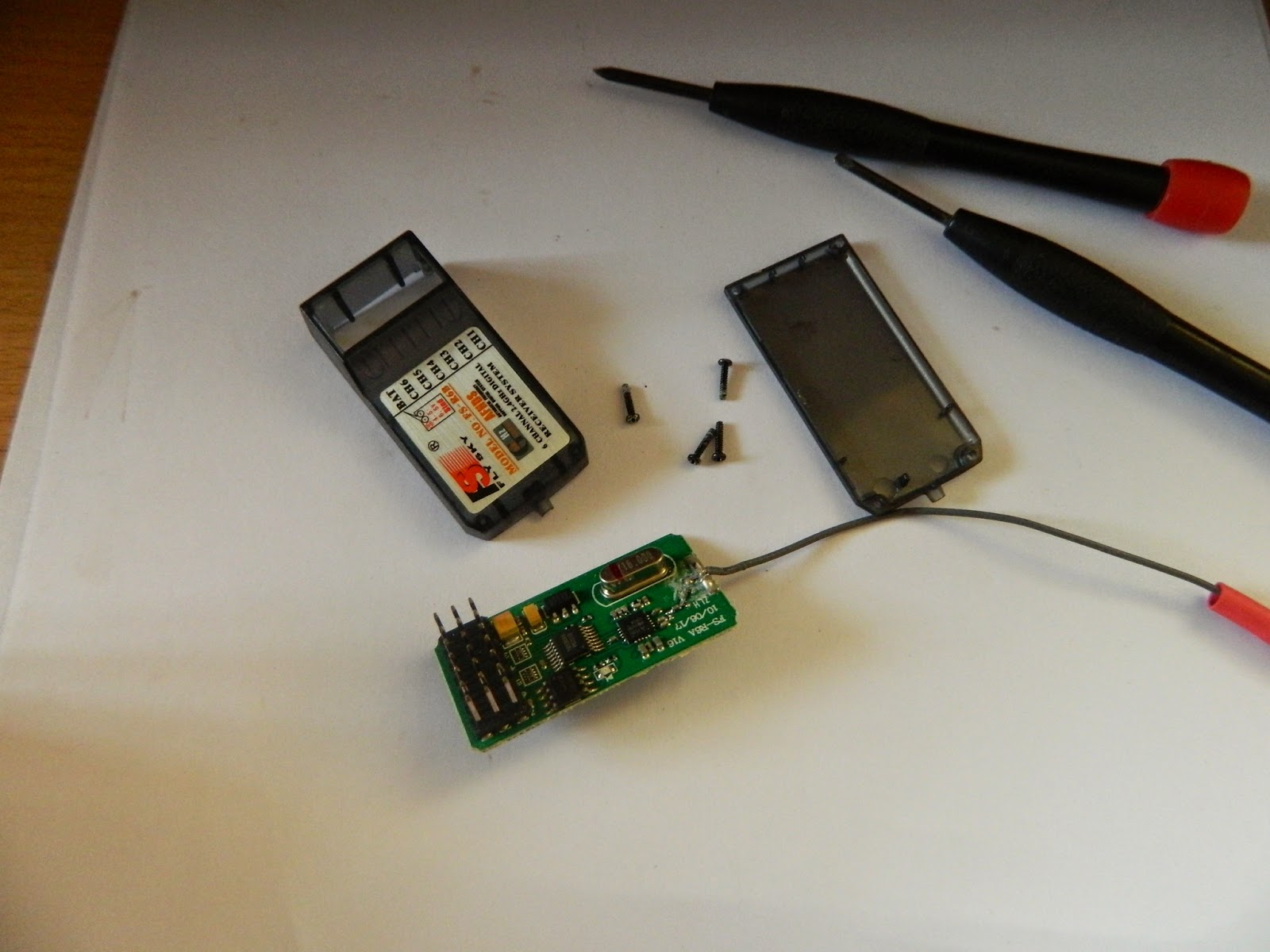 The PCB and case 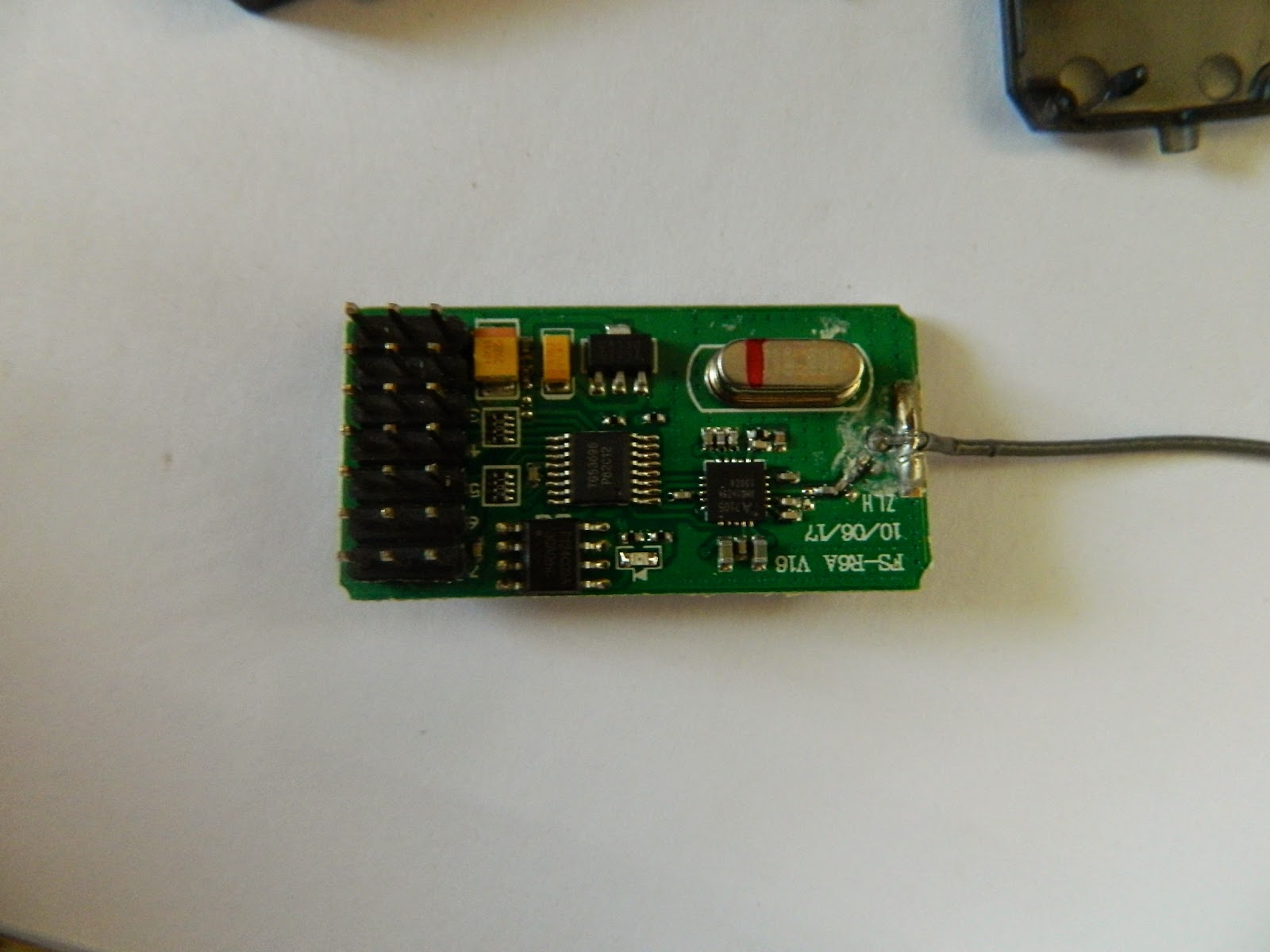 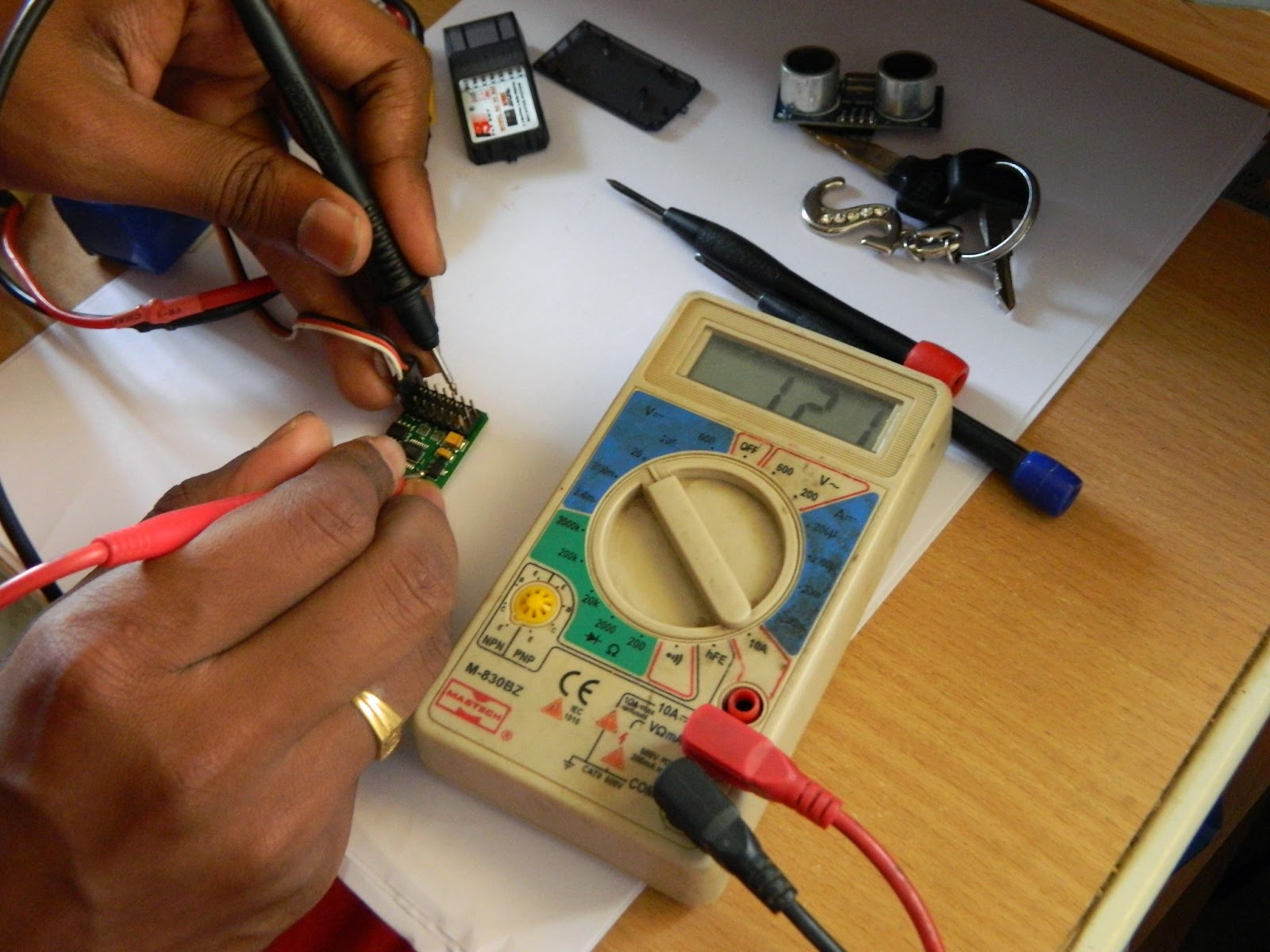 Connected a 5V supply from a BEC and checked the output of the LDO,but it was just 1.21V instead of 3.3V

Now it is confirmed that the LDO is the problem.Now looking at its part number and its datasheet for Pinout. 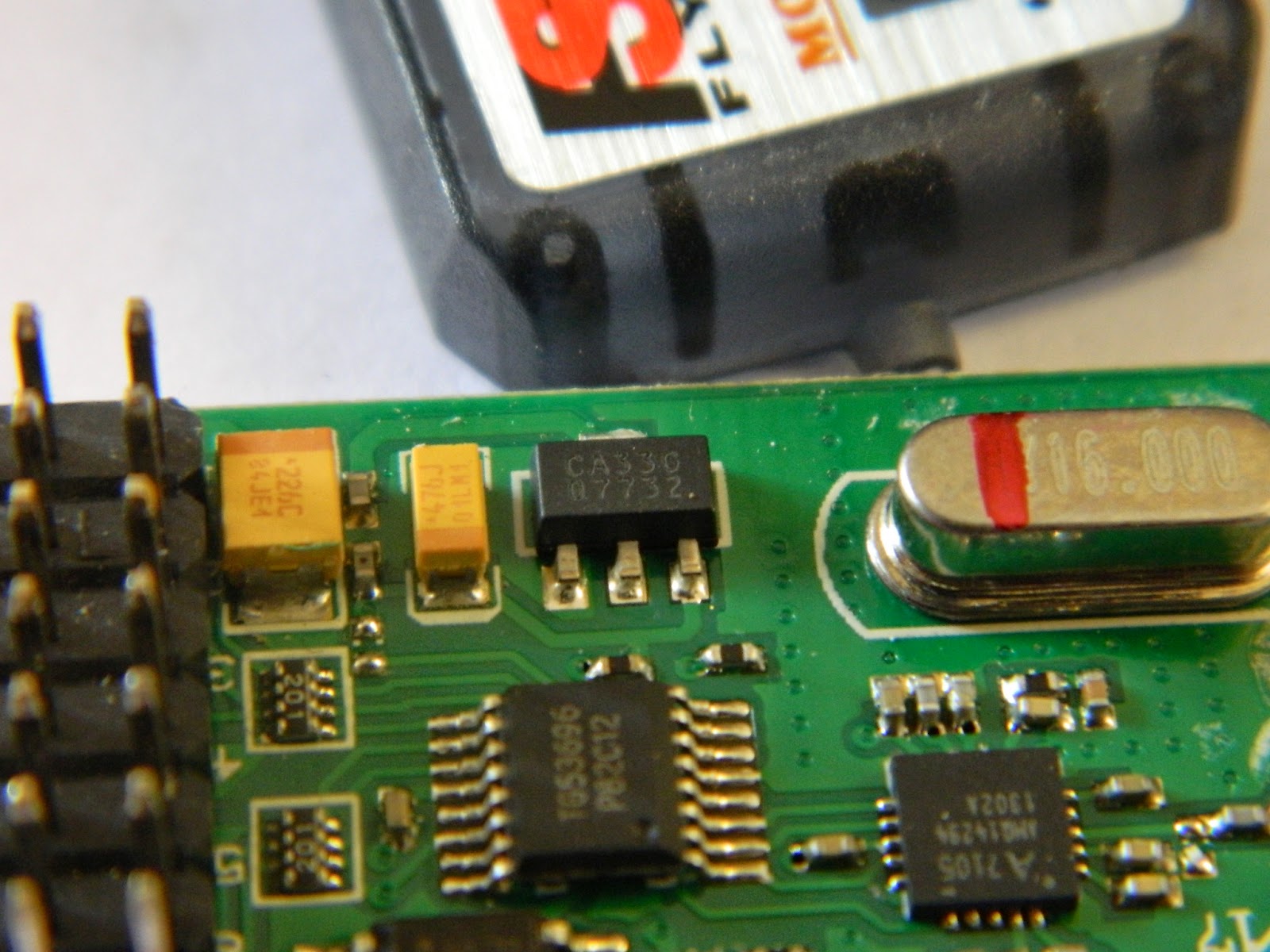 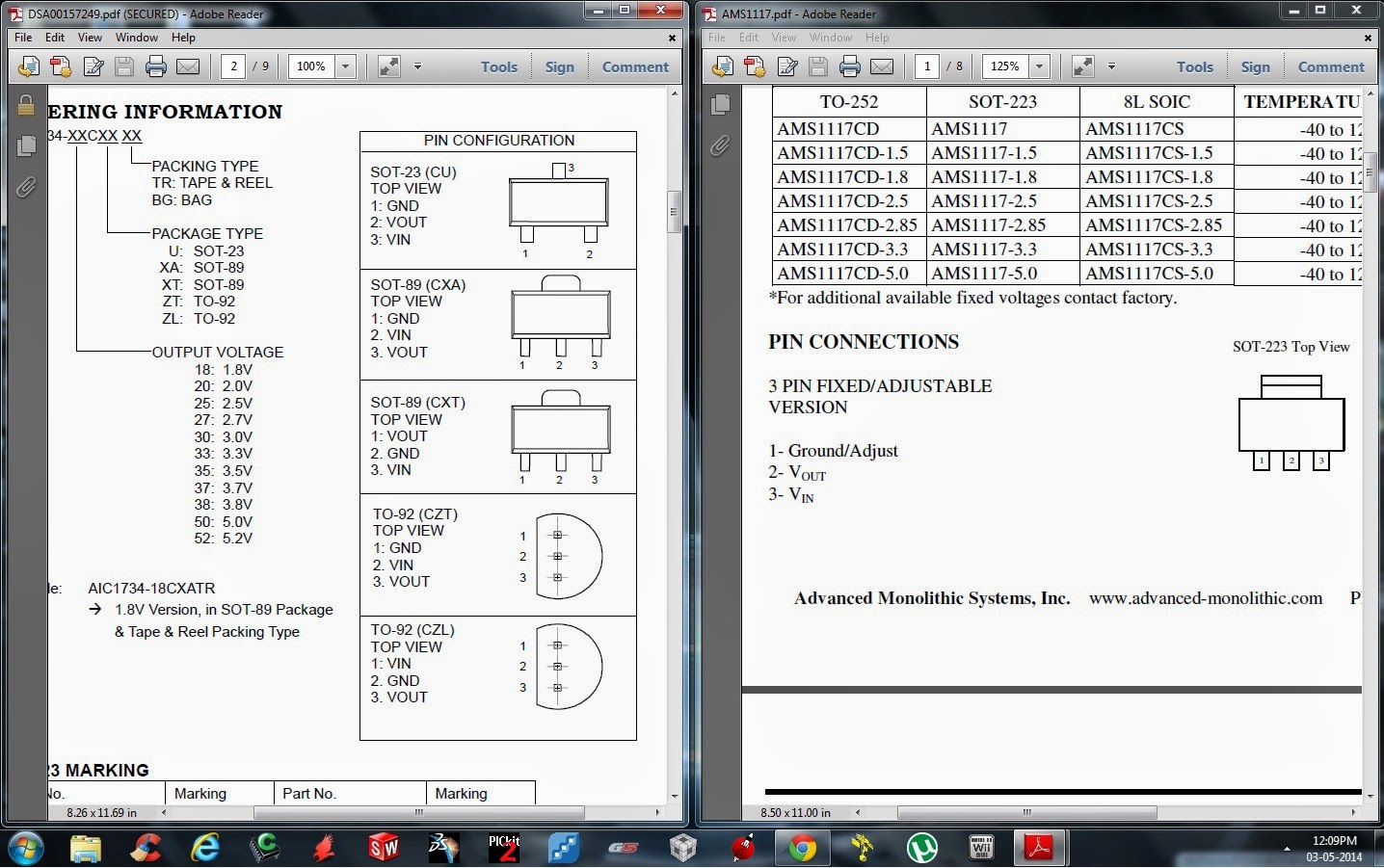 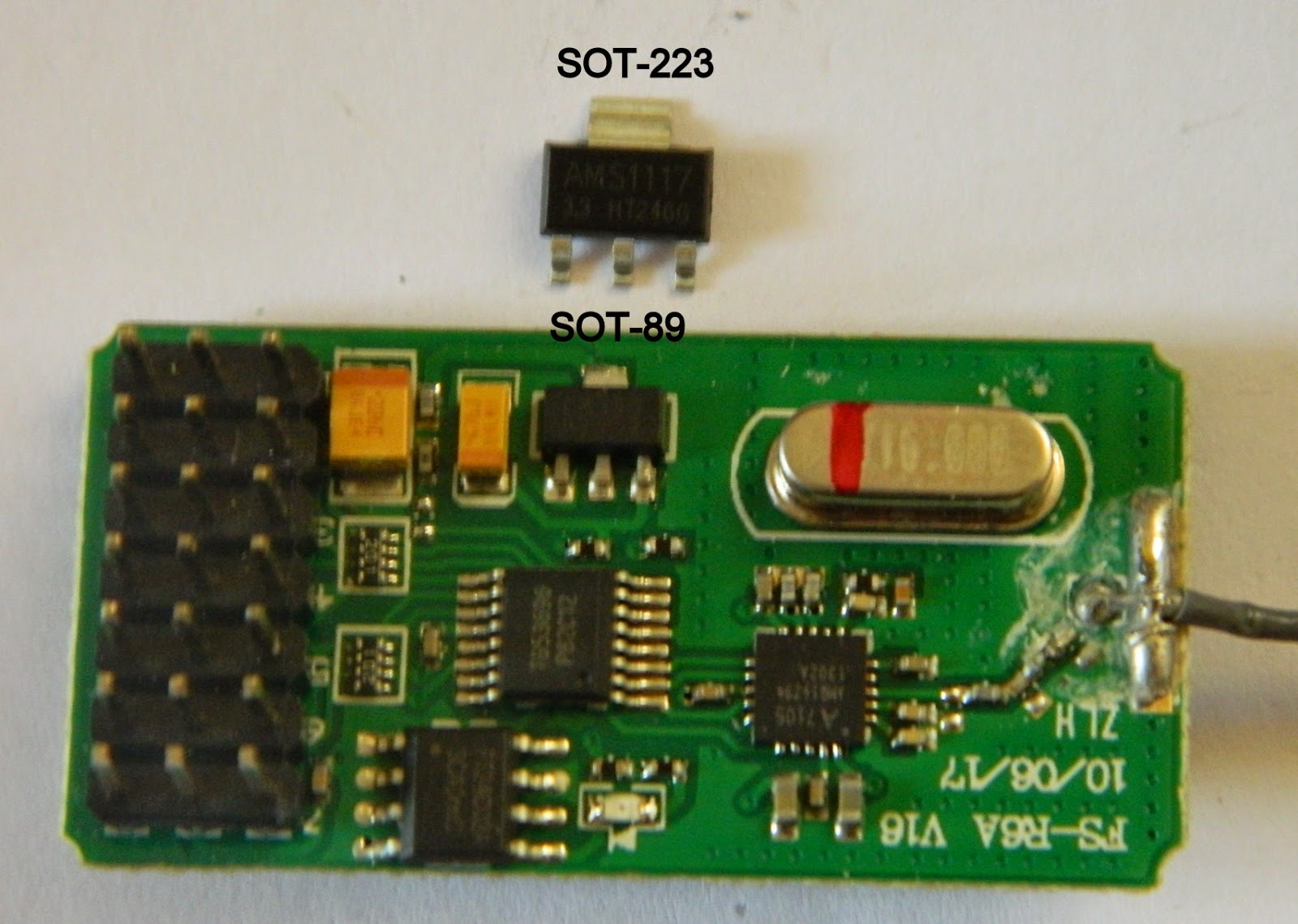 Comparison of the packages 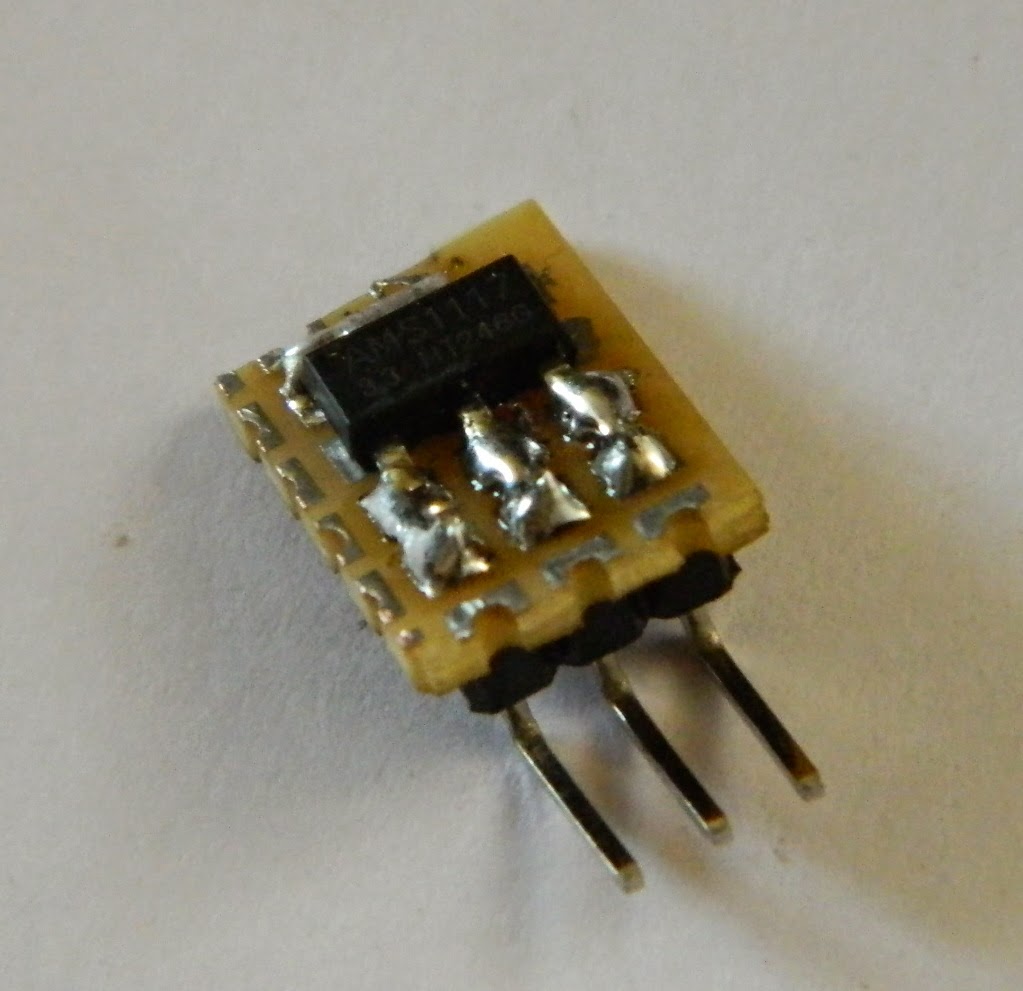 Made a small breakout board for the AMS1117 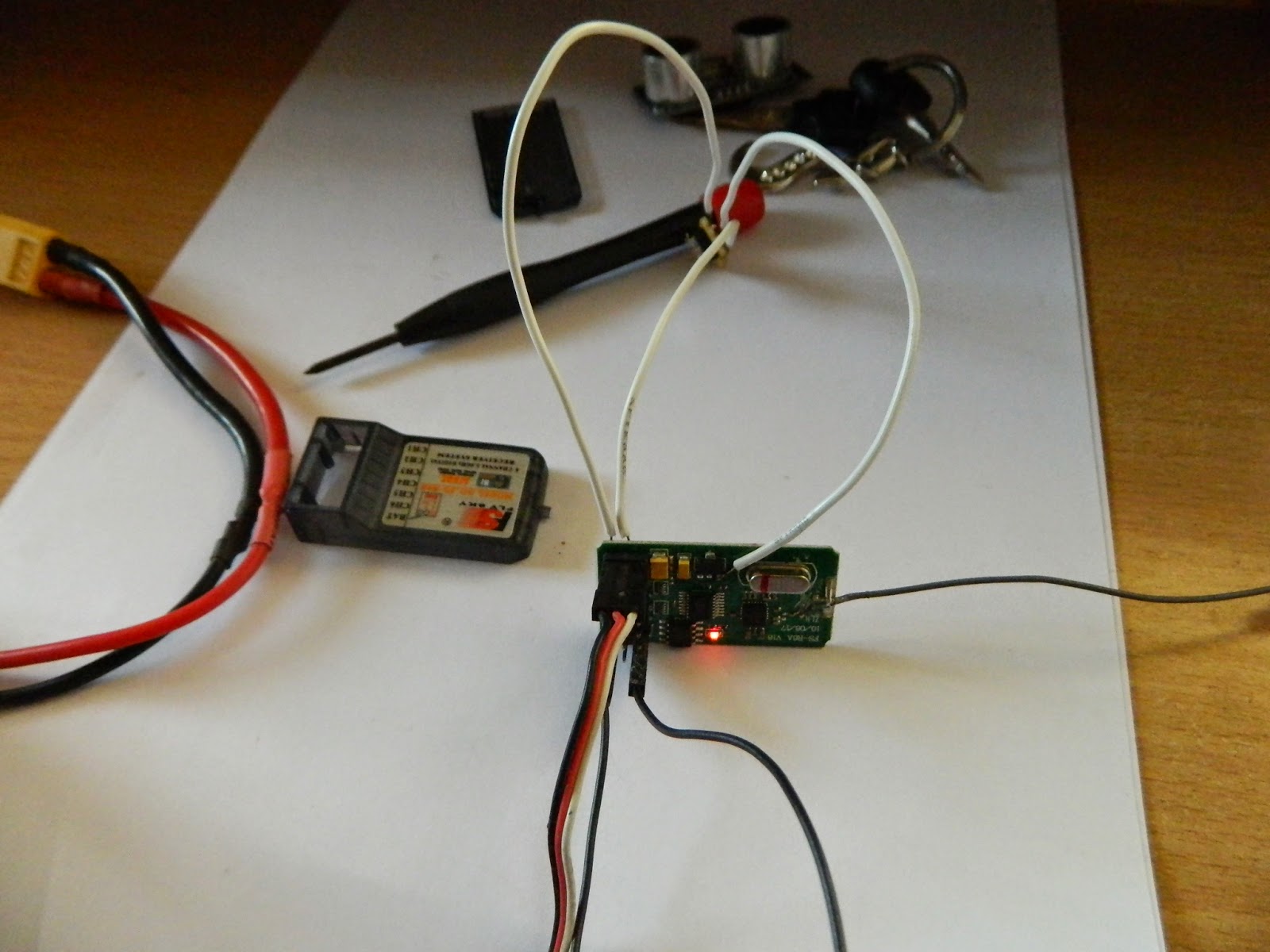 Connect the AMS1117 to PCB and turn ON power 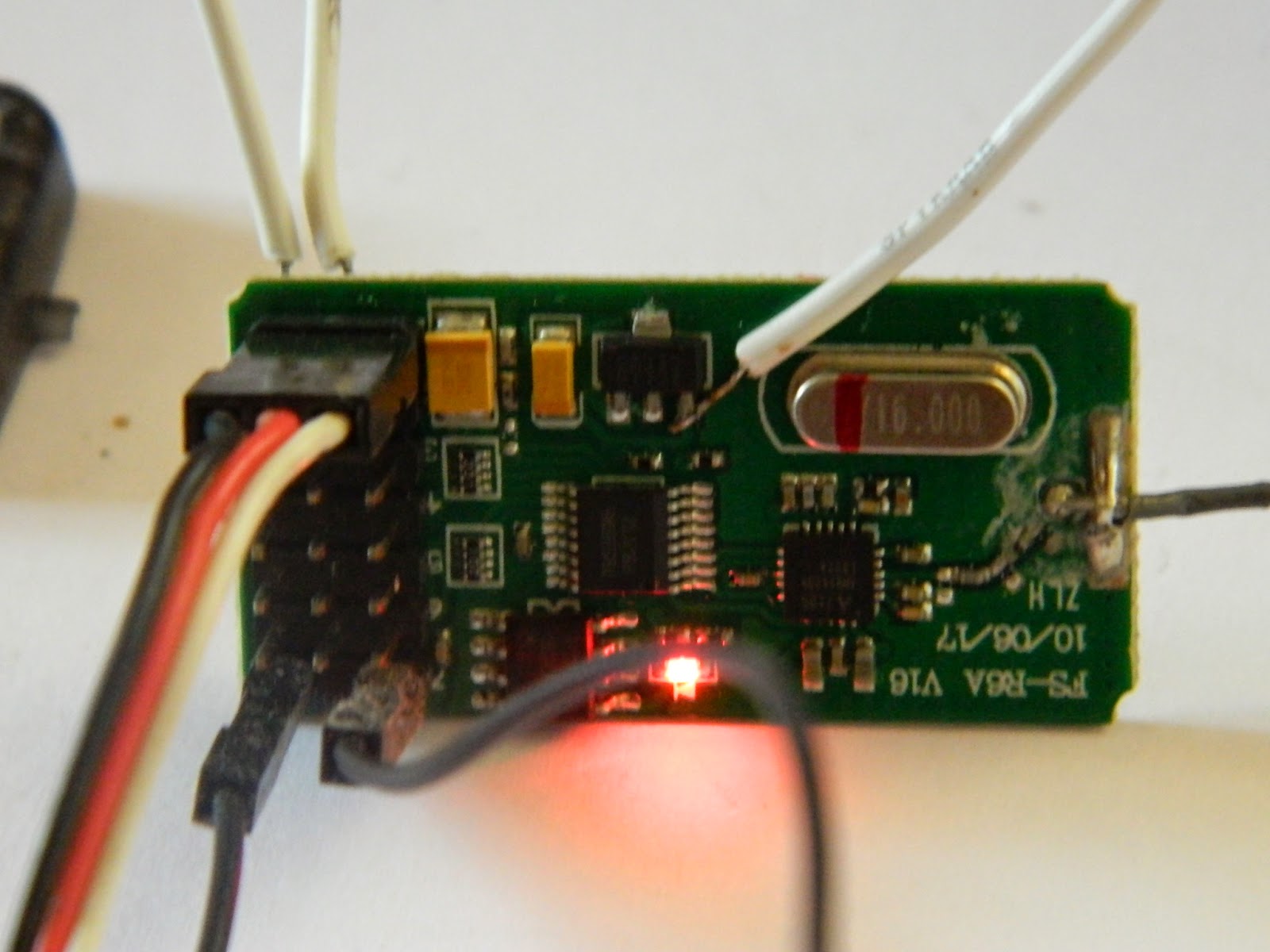 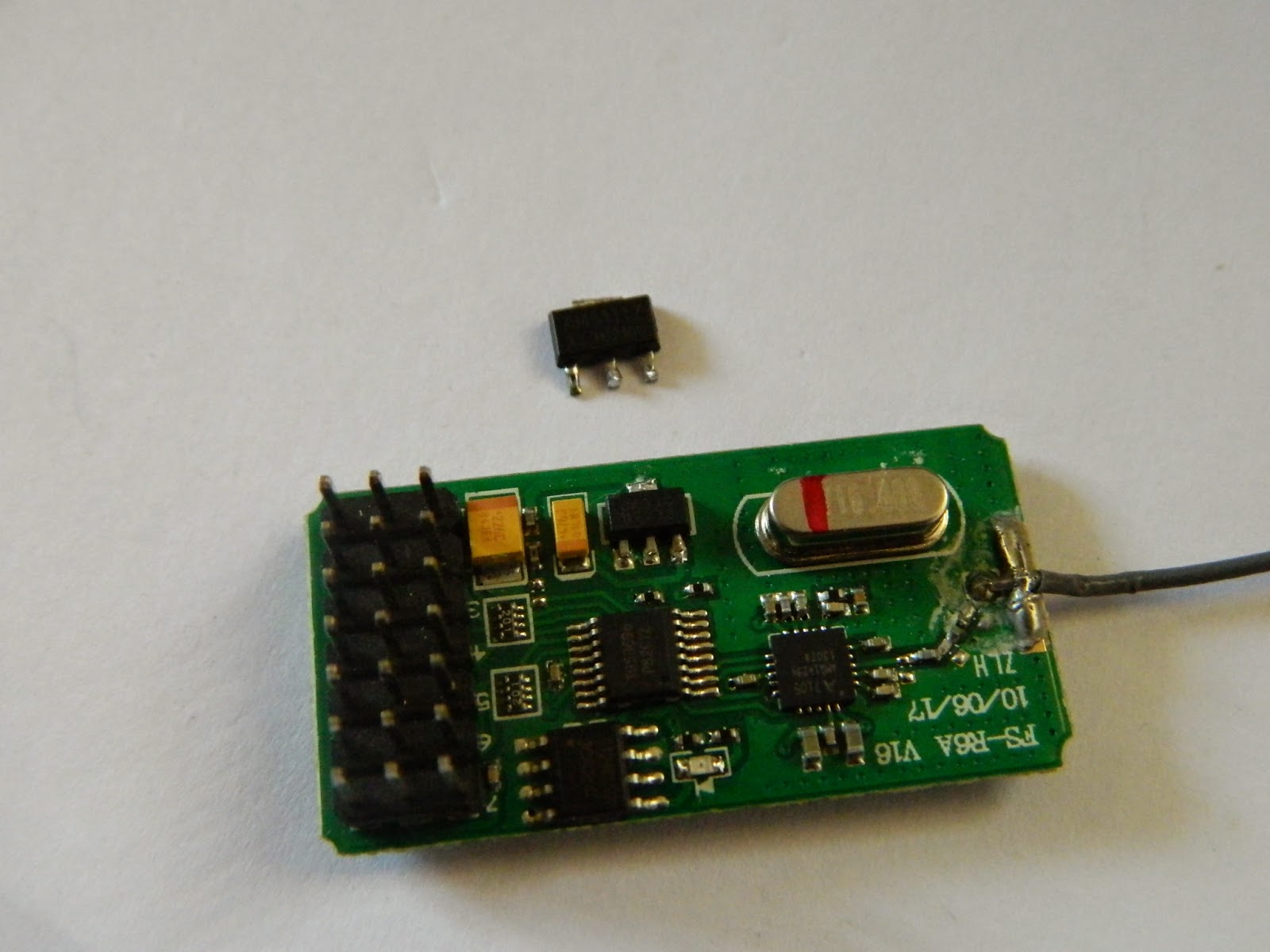 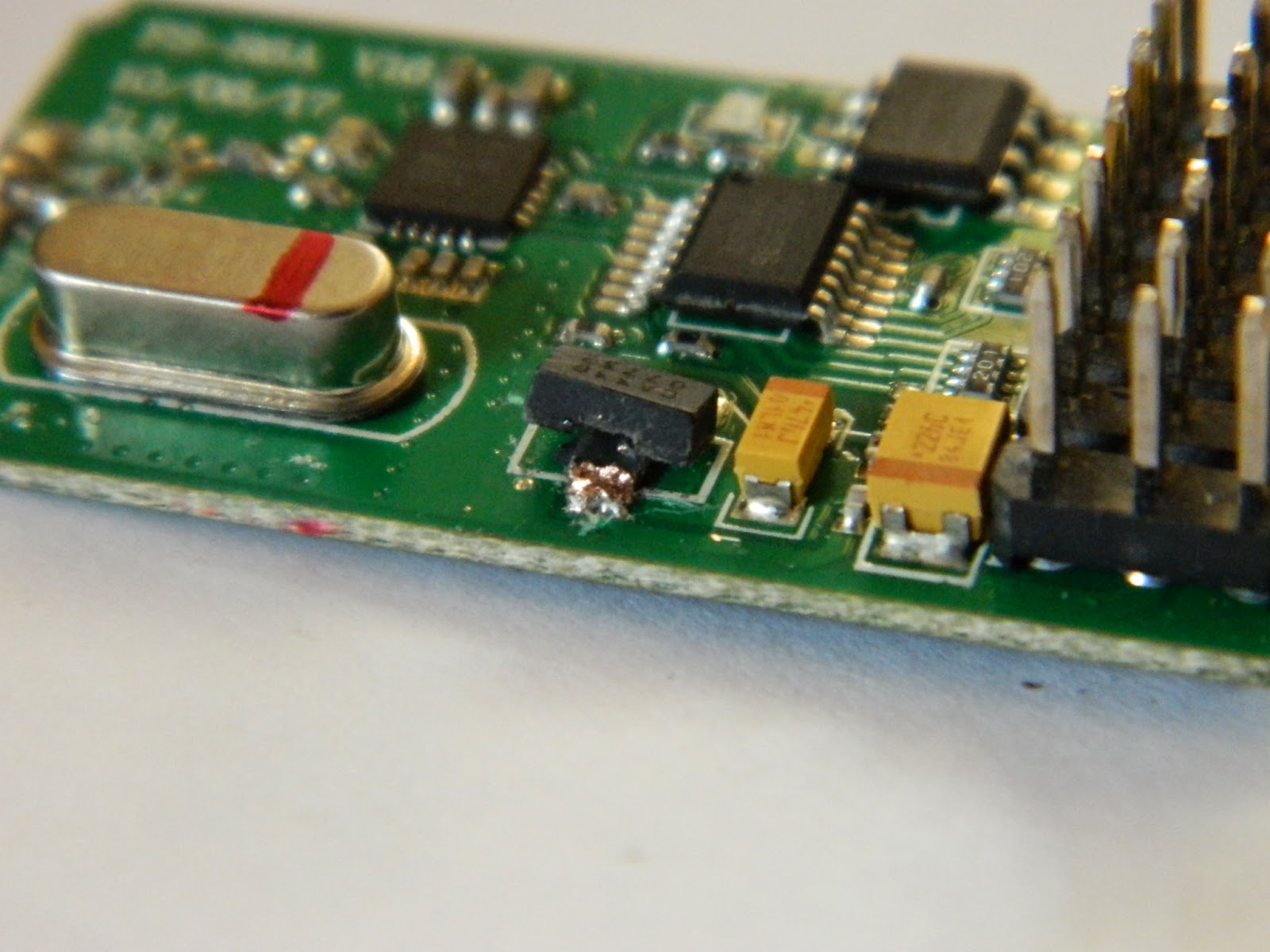 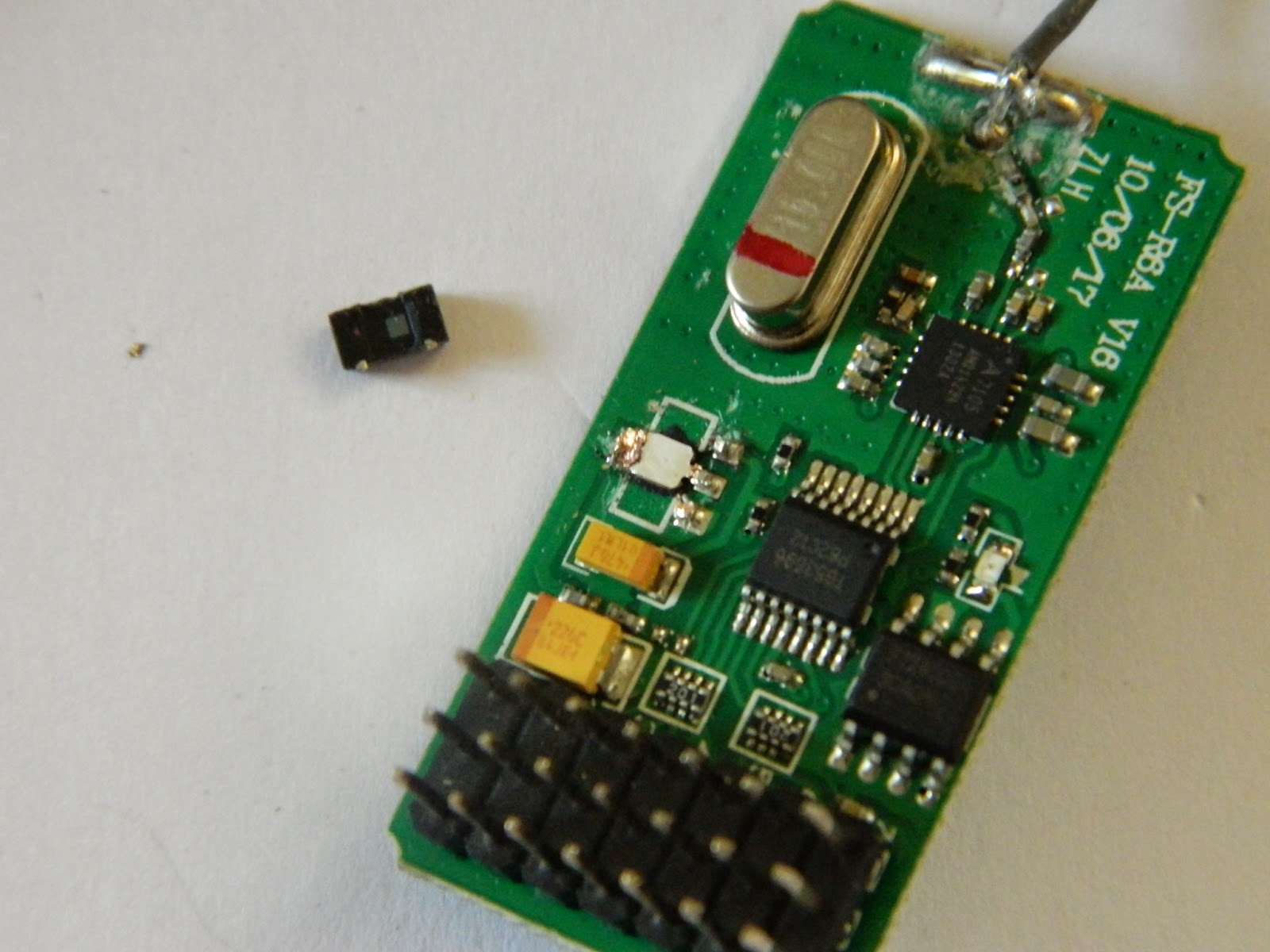 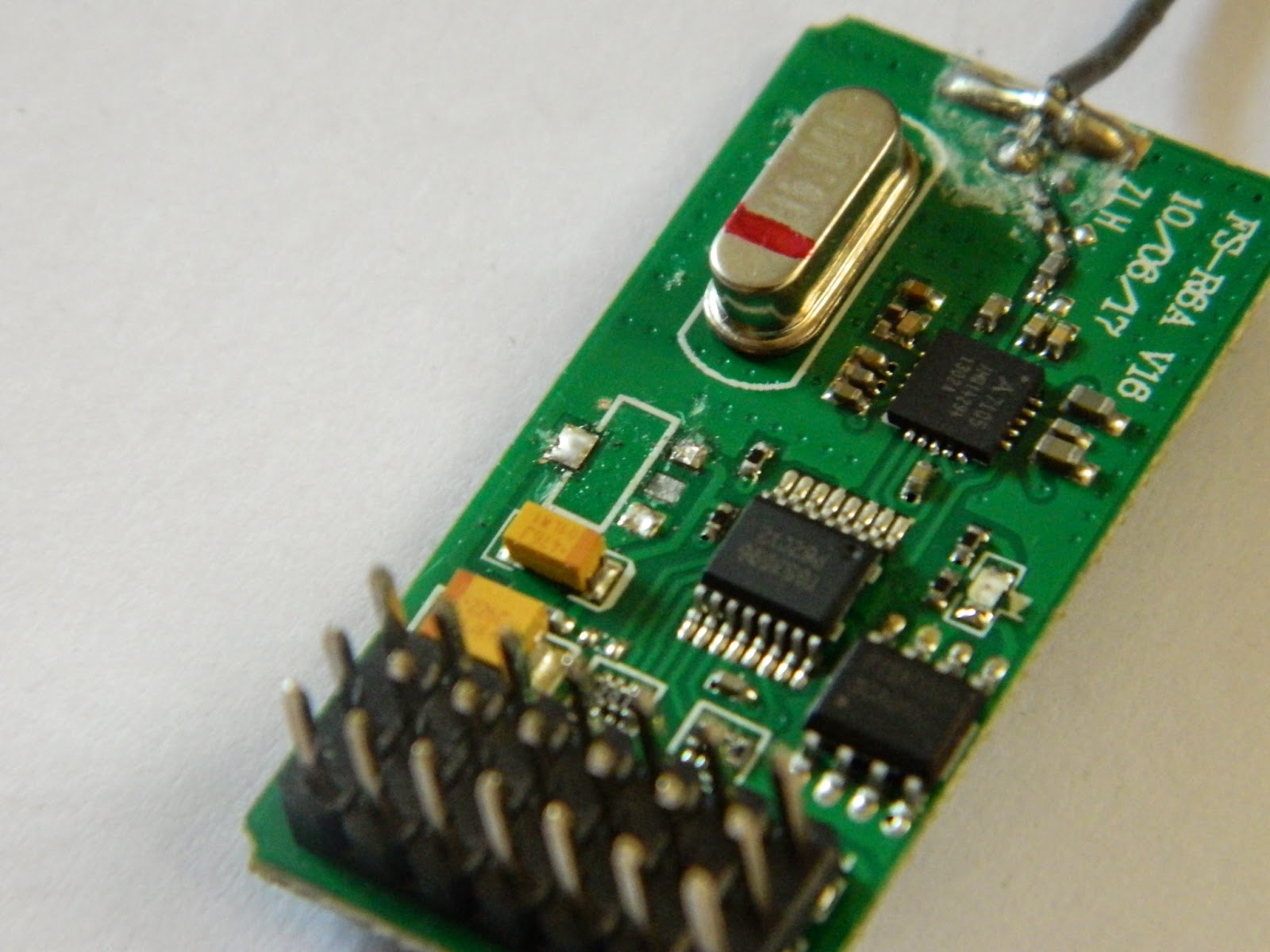 A clean removal of the CA33 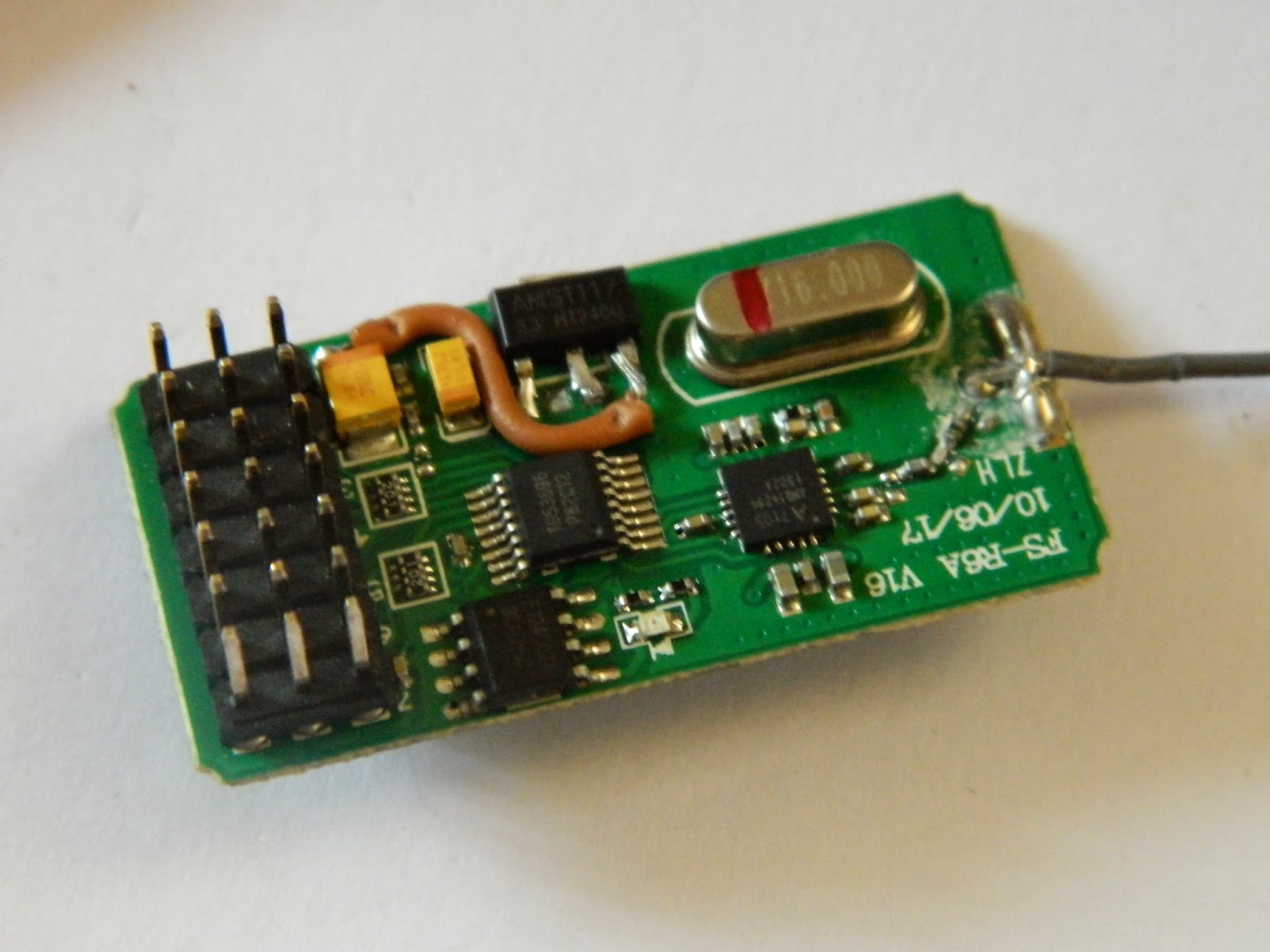 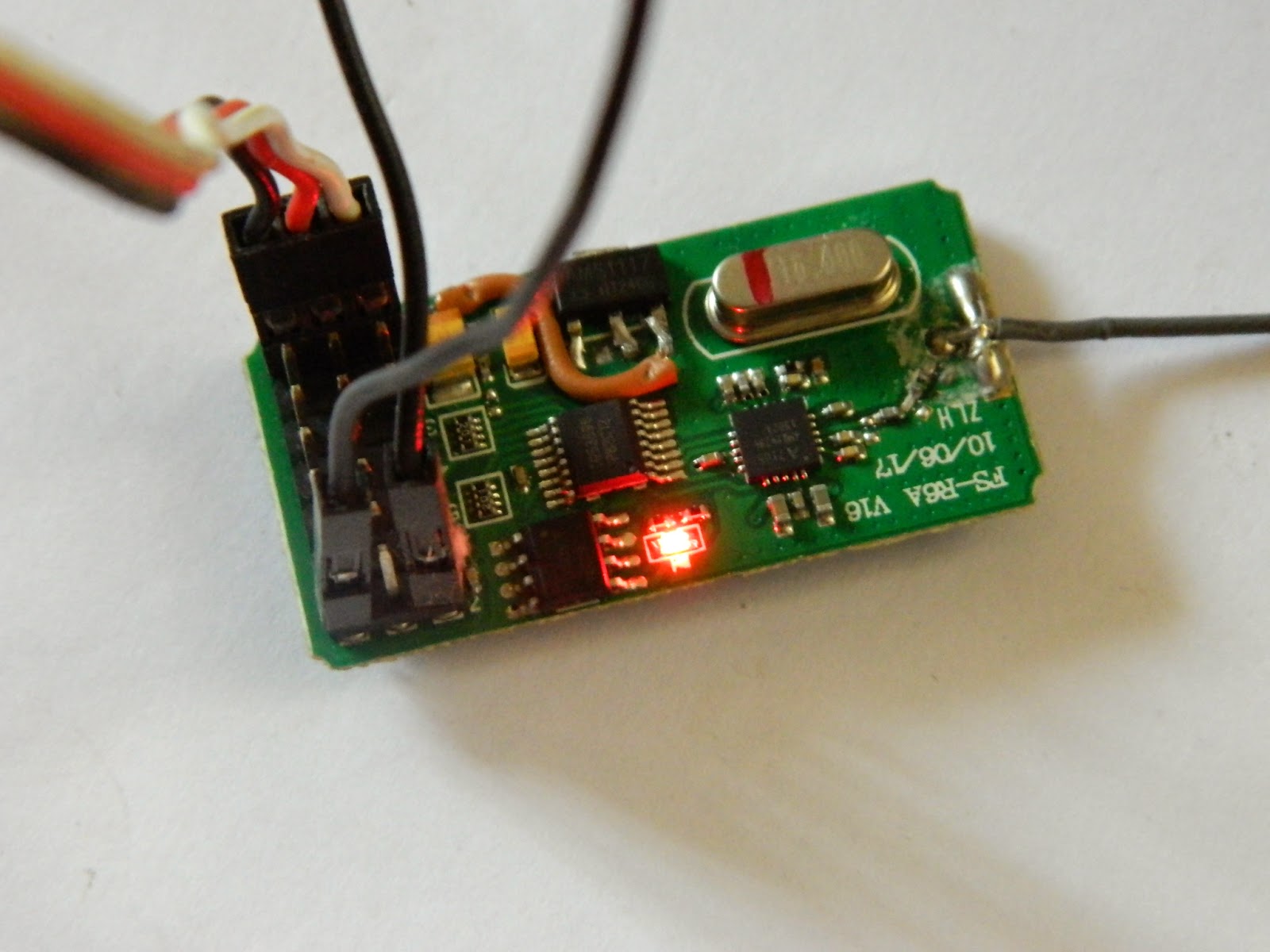 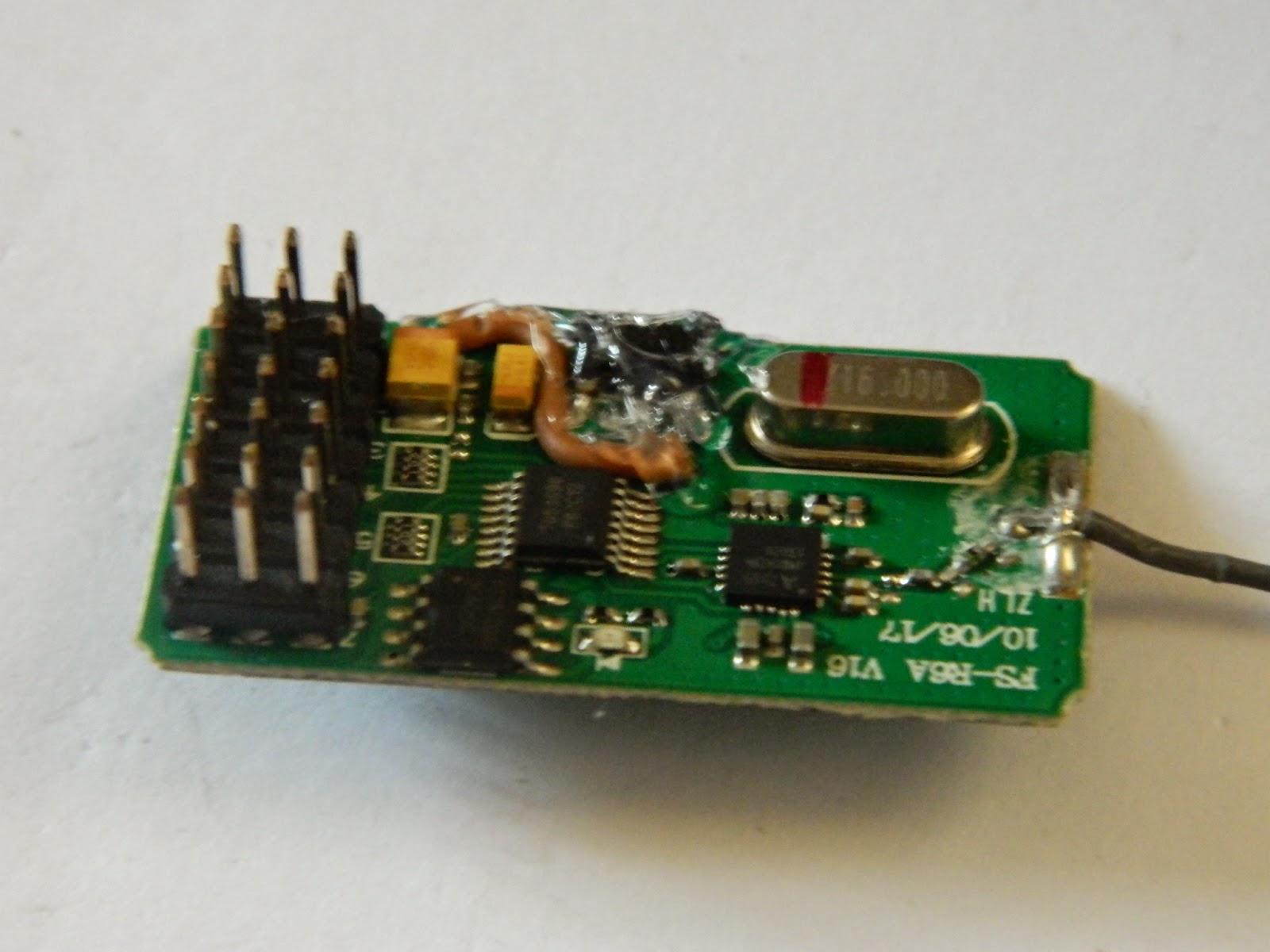 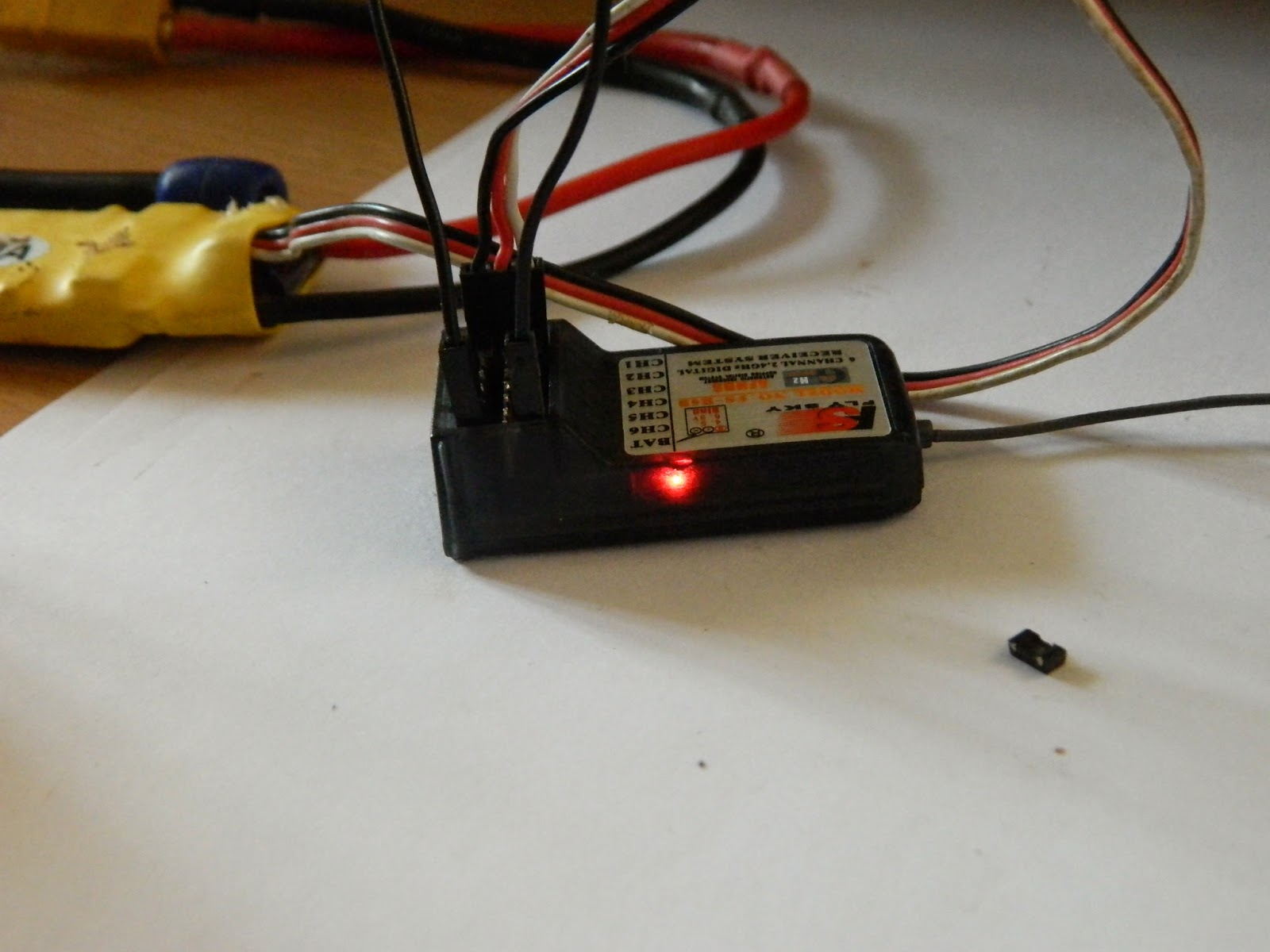 Put together the case and PCB
Another Test - working great

Completed my quadcopter from the 450V2 kit from RCtimer , 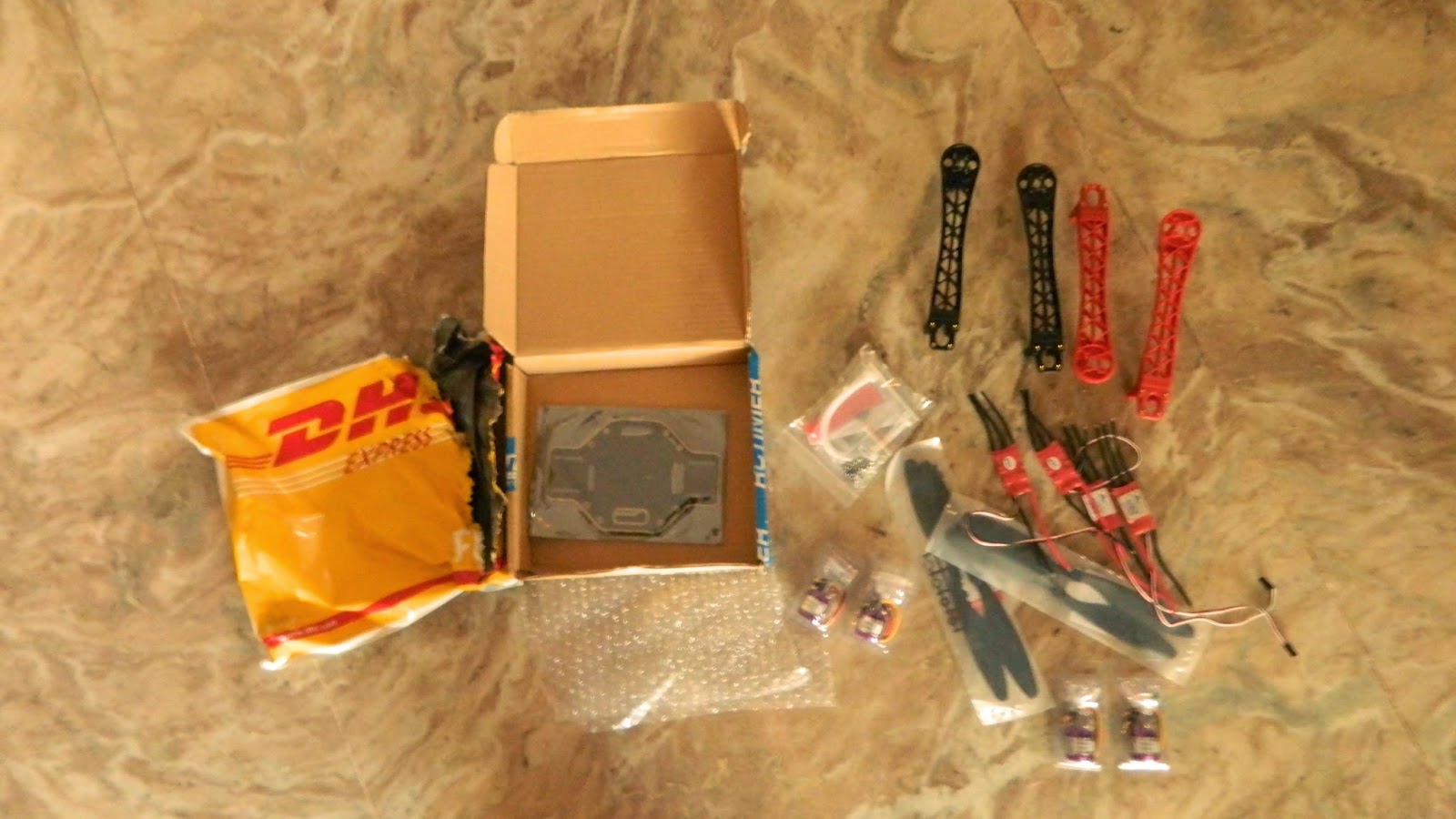 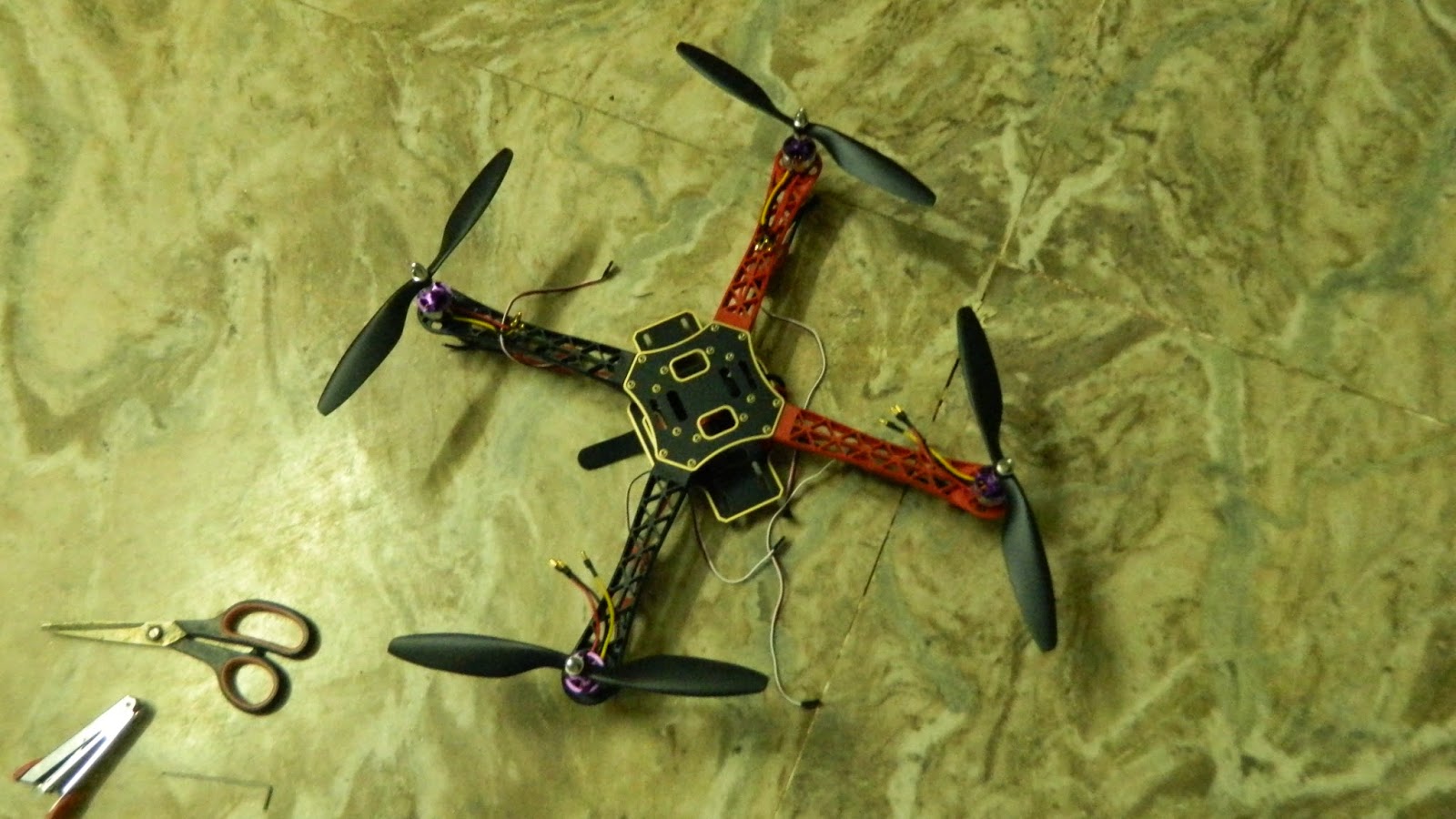 Posted by Santhosh at 9:37 PM No comments: